Tad Svendsen has been captivated by radio since receiving his first portable for Christmas as a child. He says it's the first (and still the best) mobile communications device. He's fastened radios to his bicycle handlebars, strung antennas through trees, and broken more radios than most people will ever own. Tad began broadcasting while still a teen at a country station in South Dakota. He's gone on to play all kinds of music at stations across the nation, but he always comes home to Country music. It's his job to make all of the show just as entertaining as the music he plays. Tad's been known to spend too much money on cars and not enough on haircuts. He enjoys looking after the family farmland each summer. Tad is single but hasn't yet given up. He lives with his border collie Grady and just about every gadget he can find. He usually has two or three radios all playing at once, and he's still looking for the best way to attach one to his handlebars. 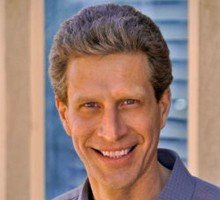